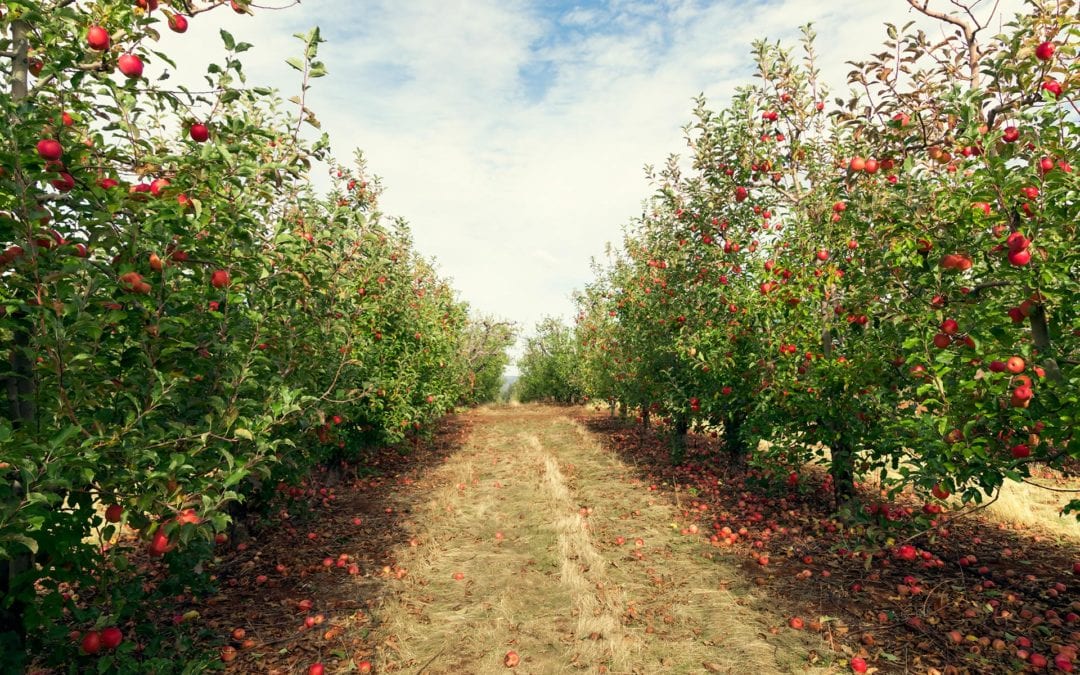 There once was a town full of people that loved apples. Or at least they really liked apples. More accurately, they loved their sprawling grove of plentiful apple trees.

Over the many years, the town had grown around this beautiful field of apple trees so that it seemed to belong equally to all of the townspeople. Unofficially, every citizen assumed a specific role in caring for the apple trees. Some seemed to enjoy the weeding and the trimming, while others were good at harvesting, and still others would take care of delivering the apples to market. It all just sort of happened “organically”, as the newer town people were want to say. All enjoyed the beauty of the orchard and all shared in the bountiful crop of apples produced each year.

An informal “apple orchard guild” coalesced over the years into a group with two annual meetings: just prior to harvest, which became known as “The Picking”, and “The Counting” just before winter. The members did make some money as the apples became sought after by apple lovers far and wide, but most of the proceeds went back into their beloved orchard.

As with most groups of people, different ideas were put forth and squabbles took place, but every year the trees were cared for and the apples grew. However, as the proceeds grew, so friction grew with the Apple Guild. Phrases such as “real money” and “arbitrage” started to boil within the apple loving community. The pressure became so great that one year the guild voted to delegate the harvesting and selling to the Mr. Apple Consortium. Mr. Apple himself made the winning presentation.

“My good people of Appleton, my team of experts and our efficient machines will harvest your field in one night and produce dazzling results. We harvest only at night for the darkness best preserves the taste of a just-picked apple.”

When harvesting night came, it was dark indeed. Mr. Apple’s expert team and their miracle machines worked noisily all night with earth-shaking and ear-splitting efficiency. By morning the entire orchard was harvested. Every tree pulled up by the roots, every apple shaken from its tree, every tree cut into neat cords, and every apple crate stacked in long rows.

Mr. Apple met with the dumbstruck Guild and offered to sell them the entire crop of apples at three times the highest price ever paid– “Because these are the very last of the famously delicious Appleton apples,” he explained.

“And what about our apple trees?” a long time member of the Guild shouted.

“Oh,” Mr. Apple responded while looking down at his watch, “I have sold them all as firewood.”

The Apple Guild gathered from every member a huge sum to pay Mr. Apple for that last crop, but they did not taste of one. Instead, they began carefully removing every precious seed and making plans for planting.